The story of Ballyclare’s Fighting Turks began in the sixties when two brothers, Henry (17) and Billy (15) Turkington joined an amateur boxing club in Doagh. The club was run by Coe McConnell in the basement of his home.

Henry’s first fight was against a boxer from the Newsboys Club in Belfast, a fight he lost when the referee stopped the contest because of a nosebleed. Henry would go on to have 47 amateur fights, winning 43 including an Ulster Junior Light Middleweight title fight in the Ulster Hall, which was to take him off to the National Stadium in Dublin for the All Ireland Junior Championships. His brother Billy came with him to the championships to take part in the welterweight contest. Both of them won, so the two brothers became All Ireland Champions, an unprecedented achievement.

According to a report from that time, the morning after they got back home to Ballyclare, their mother asked how they’d done and on hearing she had two All-Ireland Champions in the house, just said, “Ye did well”. Then it was off to work at Wilson Masonry on the Mill Road.

When Henry fought for the Ulster Senior Championships his opponent was Liam Broderick. Henry’s wife Virginia, who at the time was still his girlfriend, worked with Broderick’s sister Maura. On the night of the contest Maura took Virginia home with her, where she had dinner with Liam’s family, before taking a trolley-bus to the Ulster Hall, to watch the fight where Henry won the title.

Billy was fighting on the same card against Charlie Rice. He was beaten, though many had said that he was robbed of a victory. The crowd was in an uproar, after what was considered by many as ‘the greatest amateur bout’ to be staged in the Ulster Hall.

In a bout against Teddy Joyce, which would have given him his fourth All Ireland Senior title, Henry was unfortunately put down by a sucker punch in the last thirty seconds. Victory in that fight would have made him the first Ulsterman to win all four titles in one season since John Cardwell. He had been shortlisted for the Tokyo Olympics so he lost that opportunity as well.

Billy fought at the European Games in Berlin and soon after reaching the quarter-finals in those championships, decided to retire.

Henry’s first professional bout was in the Guildhall, Londonderry against Charlie Grice from Manchester. Henry stopped him during the third round. Four days later Henry and Virginia were married. In the wedding photographs, Henry appeared with a bruised chin.

Six times in succession Henry topped the bill at the famous Ulster Hall and won on every occasion.

Henry also fought twice at Wembley, once on the same bill as Walter McGowan who was fighting for the World Bantam Weight title.

in 1964 his achievements were recognised when he was awarded “The News Letter Personality of The Year”.

Below is a photograph of Henry with George Herron and the then 'Miss PTQ'. 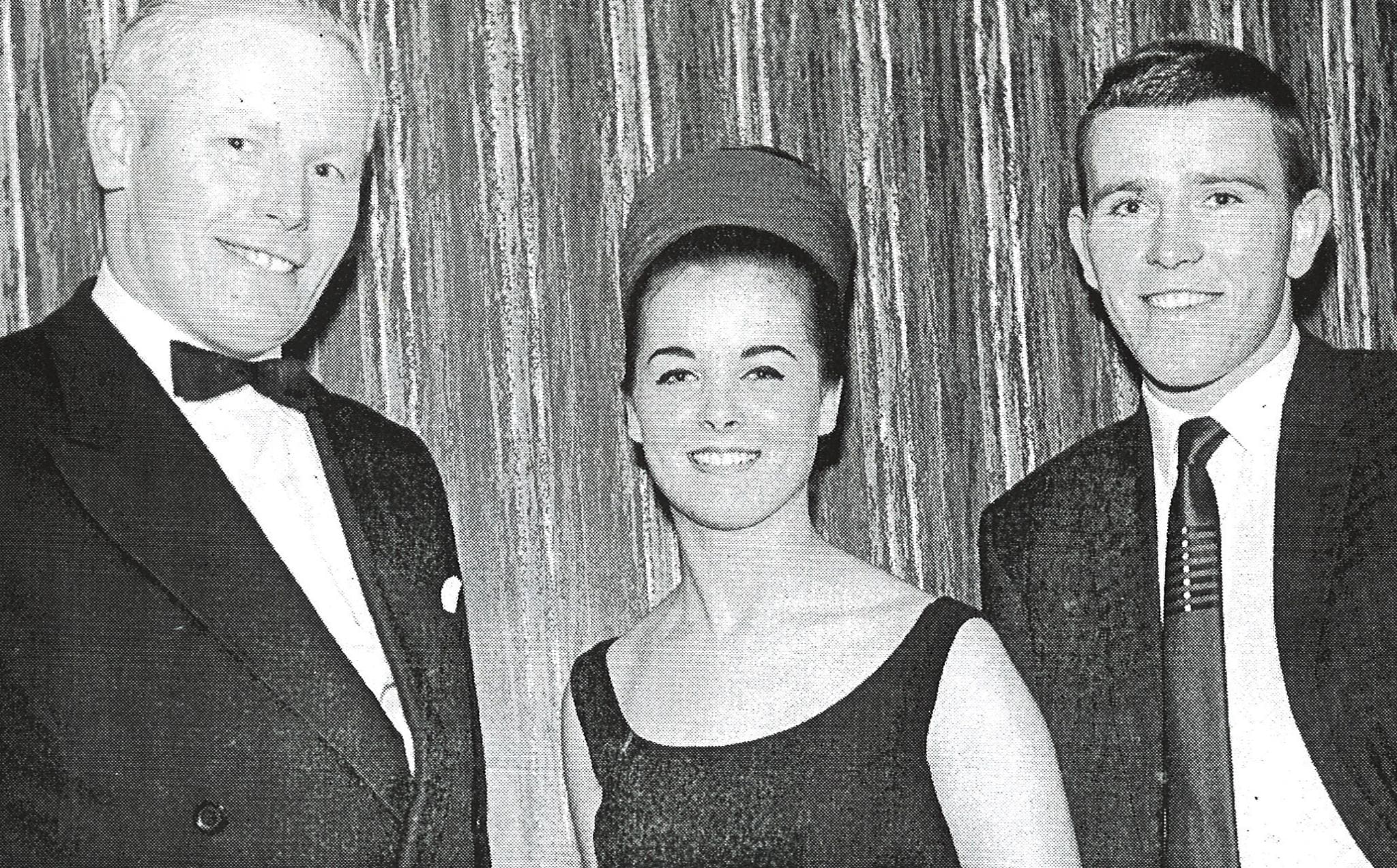 When he was to fight Les McAteer, the British Middle Weight Champion, in the New Rio Cinema in Ballyclare. Henry remembers that before the fight, a local chip shop had sent him round some fish suppers. They were eaten by his mates in the dressing room. McAteer lost the fight.

In the last contest before the ‘Troubles’ put paid to boxing for a time, Henry fought and beat Harry Scott from Liverpool. This was no mean feat as Scott had beaten the World Middle Weight Champion, Reuben "Hurricane" Carter in America. (Denzil Washinton played Carter in a blockbuster movie about the 'hurricane''s career).

As tensions eased Henry made a comeback into boxing but getting back to the fitness that he had before his break was difficult. Ahead of his last bout in Wales, Henry was in a pub on the Antrim Road, when a member of the British Boxing Board of Control told him that he was the oldest professional boxer in Great Britain.

In all Henry fought 72 bouts losing only 7.

Perhaps Henry’s greatest achievement was in 1963 when he won the Ulster and All-Ireland Junior Light Middleweight, and Ulster Senior Light Middle Weight titles in one season.

He also represented Ireland 3 times and as a professional fought world champions Howard Winstone and Dave Charnley at Wembley Stadium.

In June 2016, incredibly talented Ballyclare High School student Lucy Boyd exhibited her amazing drawings of Henry at an art exhibition in the High School.  Below is a photograph of Henry with Lucy and some of her work.