The curious tale of the runaway barrage balloon that ended with a car up a tree.

The curious tale of the runaway barrage balloon that ended with a car up a tree.

Ever wondered why this motto is painted on the wall above the Grange Bar in Ballyclare?

When Jack Grange, the publican of the Northern Bar (now The Grange) set off with his mum, sister and their two dogs in their little Morris car for a Sunday afternoon drive in November 1941, they could have not known what adventure was ahead of them as they journeyed from Larne to Ballyclare. 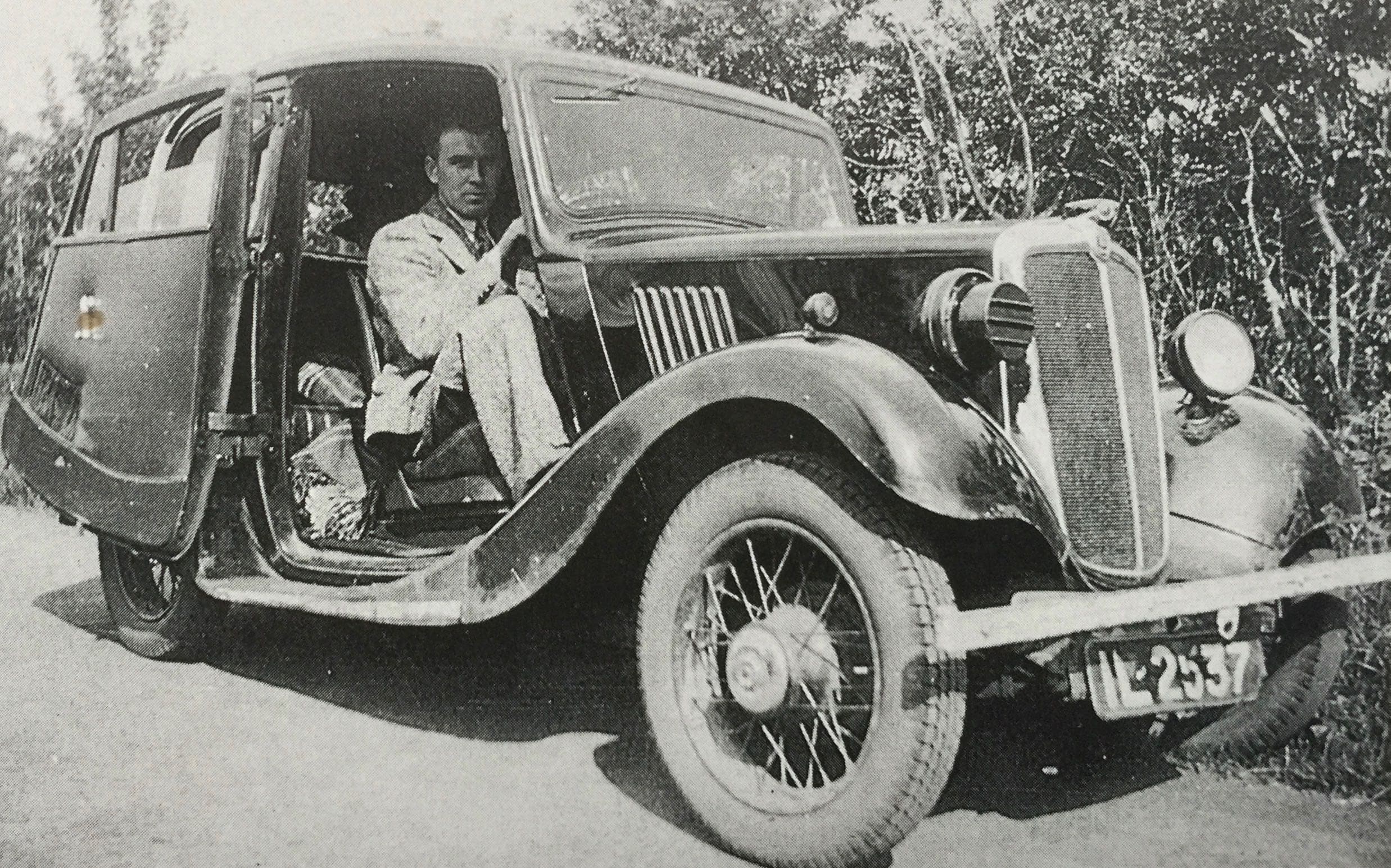 They had just collected a crate of whisky and one of rum from their other bar in Larne and were driving up the Ballynure Road when they saw a very strange sight. The German air raid on Belfast at Easter had caused much devastation and loss of life. One attempt to deter more low flying enemy planes was to distribute barrage balloons around the city.

Jack described what happened to a Telegraph reported at the time…

“I noticed a cable coming along the middle of the road ahead and it suddenly struck me that it belonged to the balloon that had broken loose. It was about ten yards away at the time and I knew I would have to act quickly. I jammed on the brakes, opened the door and pushed my sister, who was sitting beside me, on to the road. I turned round and helped my mother out of the back seat and then tumbled out myself. It was just in the nick of time, for no sooner had we left the car than the cable hit the radiator. There was a crunching sound.

“The cable became entwined around the front bumper and axle of the car and spun it round on the road. It was dashed against a hedge on one side and then against a stone wall on the other side. We had two dogs with us and one was still in the car but it managed to jump out. When the car had been dragged about eighty yards, one of the rarest things I have ever seen happened. It sailed into the air as if it had taken wings. It had not gone far when it dashed against a tree and became stuck in the branches. A large crowd gathered in a few minutes. The police brought ropes and tied the car more securely to the tree. A number of soldiers arrived and the order to shoot the balloon down was given. The balloon was punctured with one shot and fell slowly to earth. The car was then lowered to the ground showing little damage. Now that it is all over we can laugh at the whole think but I don’t remember ever being so frightened as when I saw that cable coming towards us.”

Needless to say, all this excitement around the pub had a considerable impact on business as patrons asked Jack to recount the tale of the barrage balloon over Ballyclare. 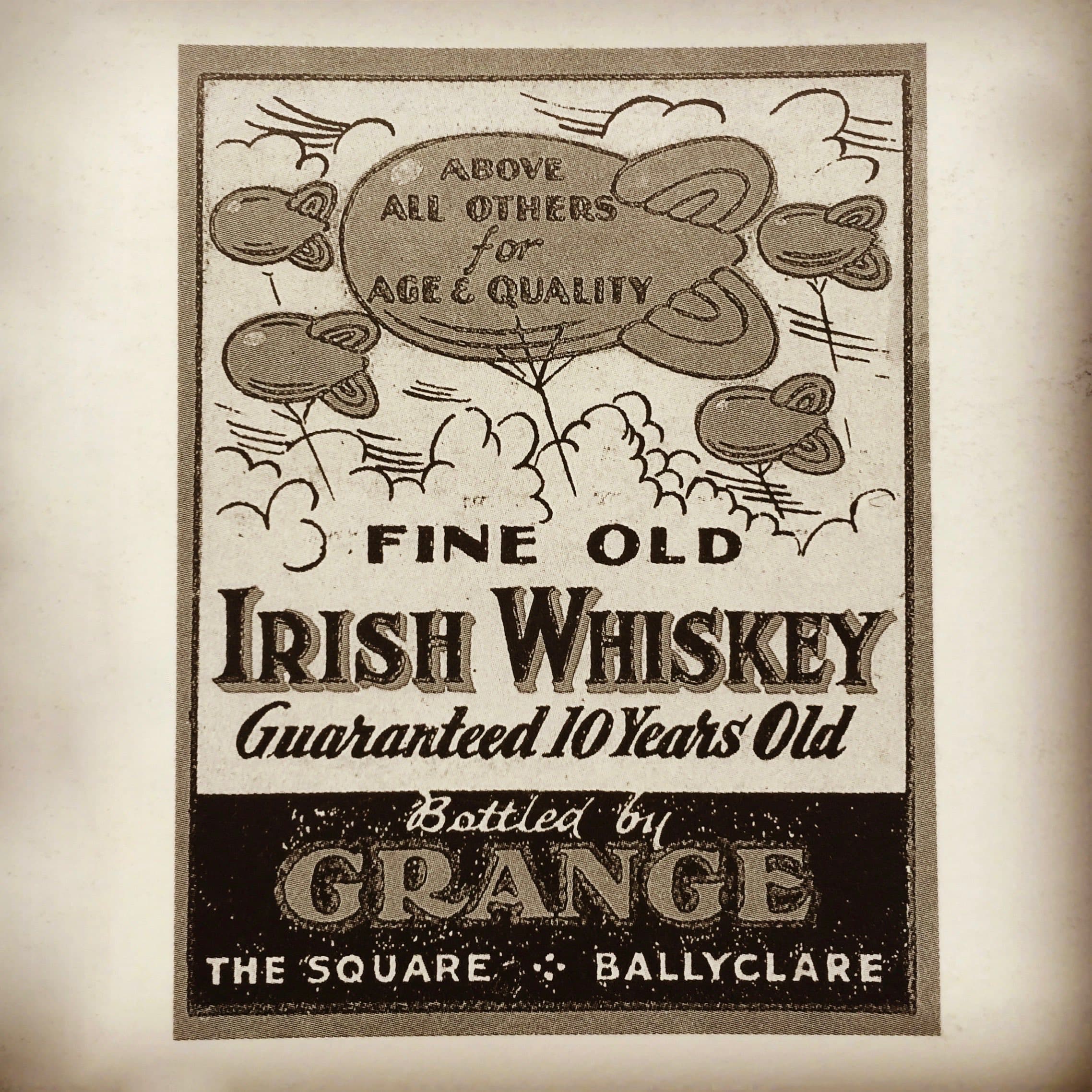 So now you’ll know why, even to this day, that motto is painted on the wall above the Grange Bar.

This is a photograph taken in 1908 of the Northern Bar with Mr Willy Hugh Grange proudly standing outside his pub. 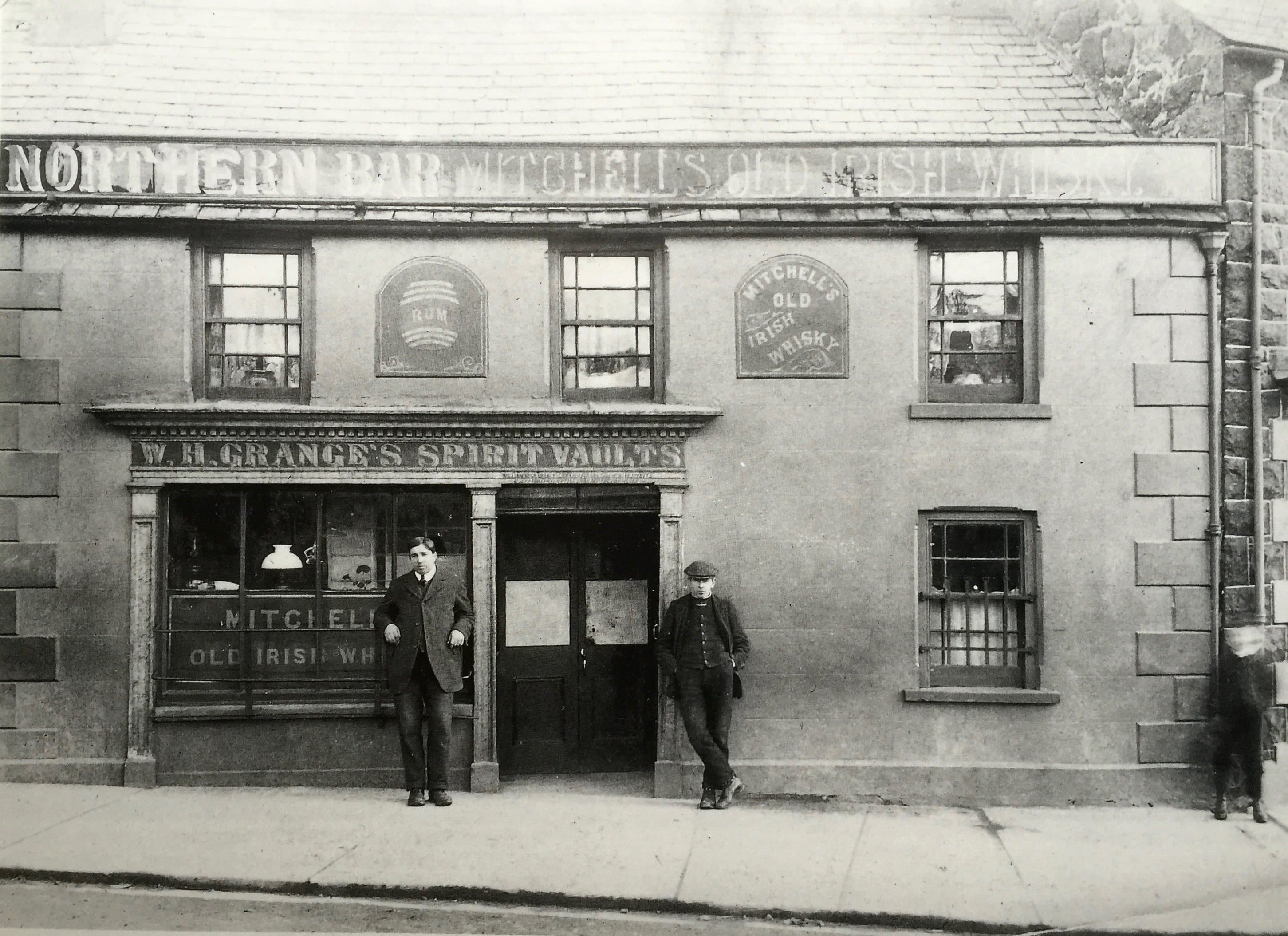 'Ollar View' The Journal of the Ballyclare and District Historical Society No.4