Roses and Rainbows: The life and work of Ballyclare writer Florence Mary McDowell

Roses and Rainbows: The life and work of Ballyclare writer Florence Mary McDowell 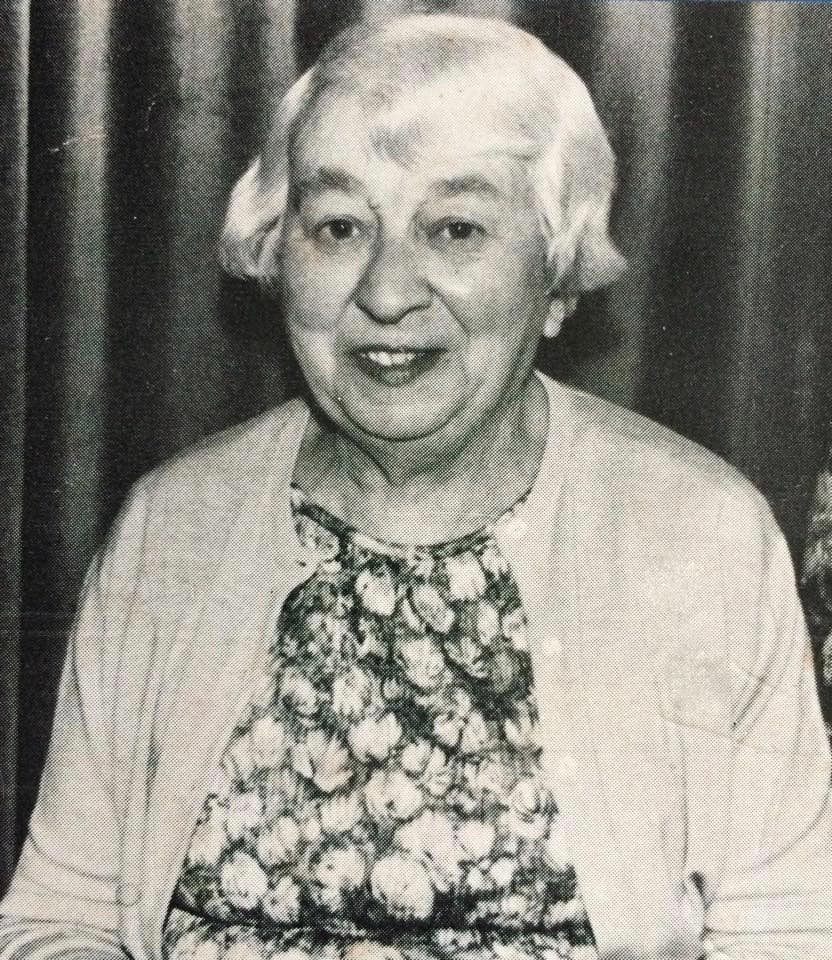 Florence Mary McDowell was born in 1888, the daughter of William Lenox Dugan, who was originally from Castlerock in County Londonderry, and his wife Mary Jane, nee Kidley. When she was five years old her father moved the family from Derry to Doagh where he was to farm. Her mother was one of the daughters of the owner of Cogry Mill and the family home that her father built 'Bridge House' was just up the road from the Mill. Within two years of moving to Doagh, Mary's mother passed away, leaving Mary and her 4 brothers and sisters to be looked after by their Aunt Laetitia, a formare Matron of Foyle College.

Mary started a career in teaching in 1903 and taught in Cogry Mills National School and Kilbride Central Primary School before she retired in 1948. The photograph below is thought to be the only one taken of her from those times. You can see her standing in the doorway to the left of the school group in Cogry. 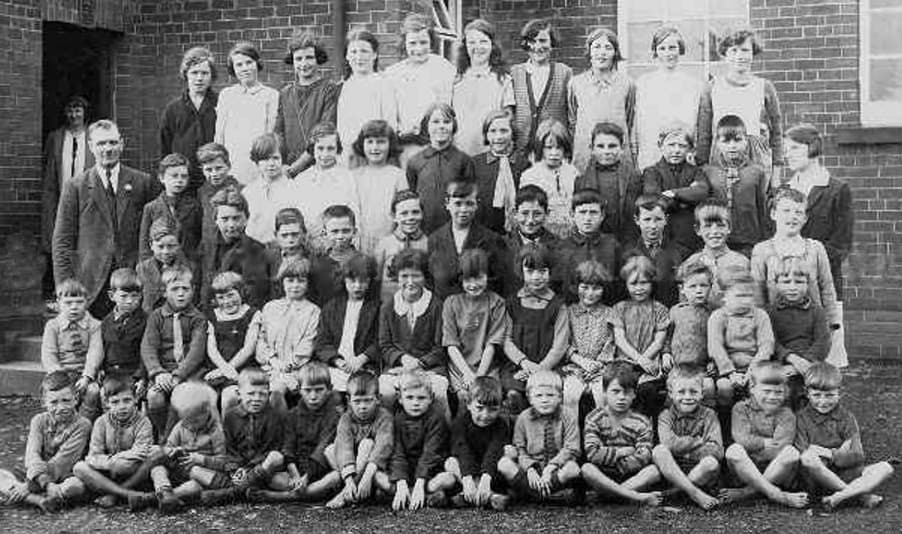 She wrote 'Other Days Around Me' (1966), and 'Roses and Rainbows' (1972) as reminiscences of growing up in the countryside in late Victorian and early Edwardian times. Her first book was published when she was 78 and her second when she was 83. 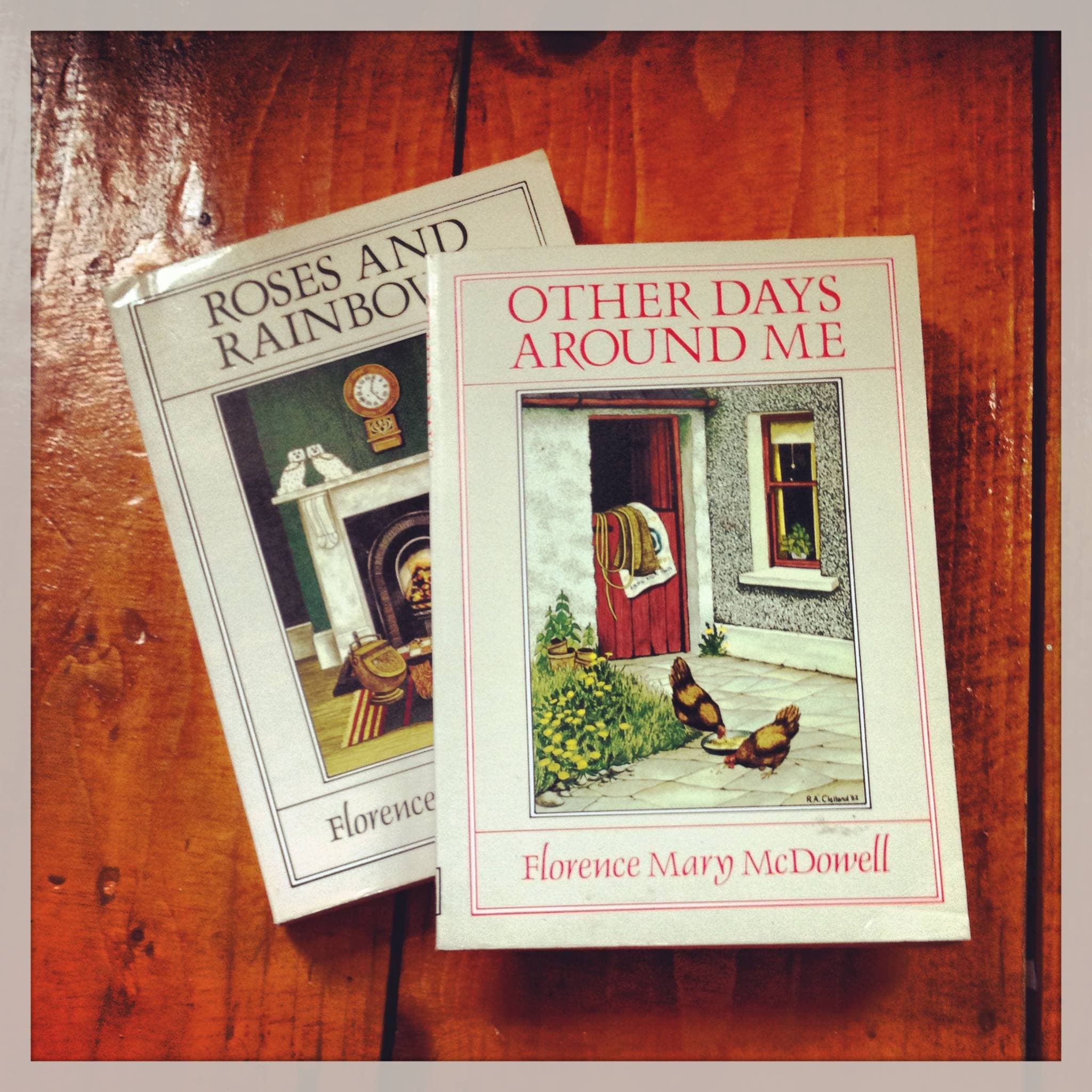 Sam Hanna Bell said of her first book: 'For myself, I recognised with pleasure my own country childhood, in a different county, but filled with much the same sounds and sights and odours'.

Even the Ulster Medical Journal recognised the significance of Mrs McDowell’s book. It wrote:

'This little book is not really little. It is an important contribution to Ulster literature and social history. An extremely intelligent and perceptive person has observed and understood and interpreted the life of the people of Cogry and Doagh and the district in the late nineteenth century…The Ulster Medical Journal congratulates Mrs. McDowell on the life of observation which has come to harvest in this book.'

During the summer and autumn of 1972, local film-maker Archie Reid, with the help of Mrs McDowell's daughters Iza and Joan, made a short film based on 'Other Days Around Me'. It was shot at many of the locations around the area that the book had written about and featured a cast of local folk including Arthur Fowweather, the former Headmaster of Ballyclare Intermediate School as a farm labourer, and over 30 local schoolchildren. 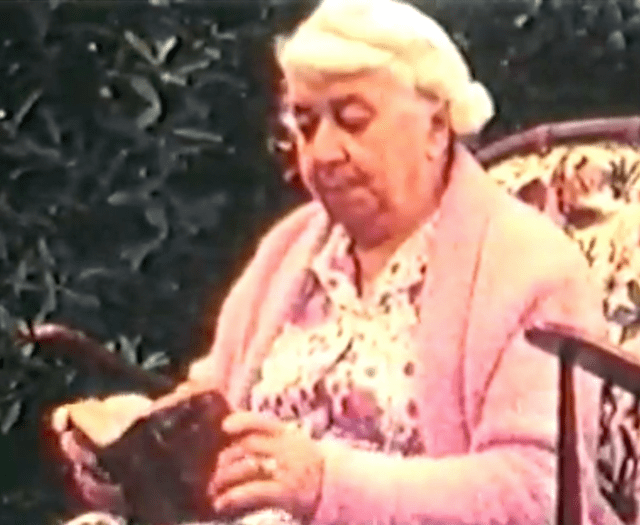 At the end of the filming, Arthur and Iza were to marry and enjoyed many happy years together and Mrs McDowell, so inspired by the whole experience, took up her pen again and started to write a follow up to the original book, which was to be titled 'Roses and Rainbows'. It told of her days as a monitress teacher in Cogry and was completed just as the film was finally edited.

The film was released to critical acclaim, receiving many national and international awards including Best Film at the London Film Festival.

You can watch the film online through the wonderful Northern Ireland Screen's Digital Screen Archive. Just click here to link.

Mrs McDowell died on 11 March 1976 aged 87 and is buried in the old churchyard in Kilbride. 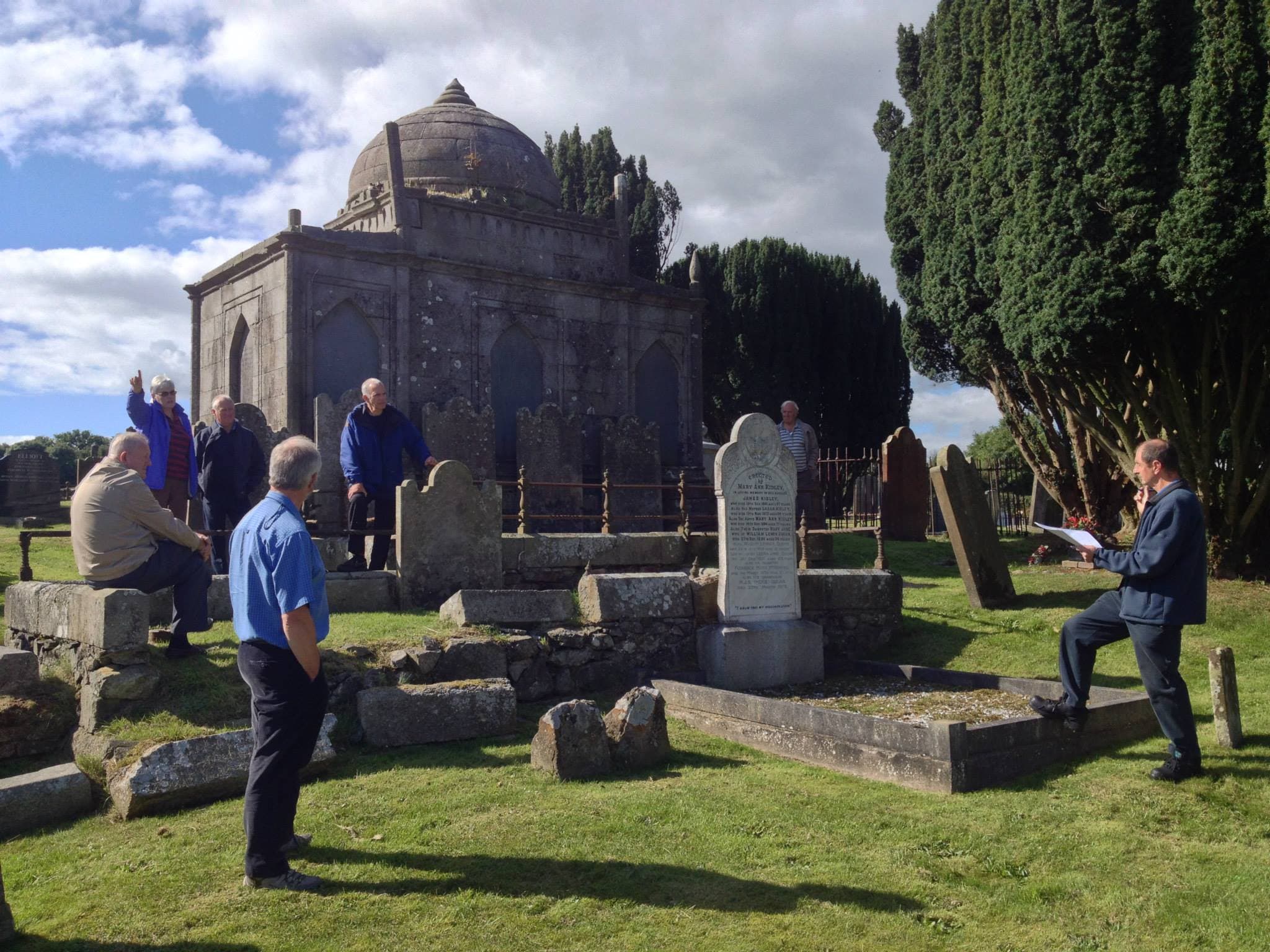 To provide entertainment for the workers at Cogry Mill, a cinema, known as The Picture House – was opened in 1919. This had seating for 400 people and included a stage for concerts. It proved hugely popular, not just with the mill workers, but with people throughout the district.

Florence Mary McDowell, who was a great singer, sang at the ‘silent pictures’ in the cinema. William Andrew recalls people thronging to the cinema. He also remembers a number of individuals dressing up in costume and travelling around the countryside promoting the films being shown. Growing up in Ballyeaston, Greta Milliken was aware of the cinema in Cogry as her music teacher, Mrs Moore – a sister of Mrs McDowell – who was blind, played the organ in it. The cinema at Cogry closed in 1932, though it continued to be used for concerts, some of which were organised by Florence.

Florence met her husband at the ‘tumbling’ bridge just next to her home in Doagh. To reach this bridge (seen in our photograph below) drive past Doagh Mill and follow the road around to the right. Take the first left onto Bridge Road and after a short distance you will come to the bridge.

It's a beautiful, peaceful spot with breathtaking views across to Kilbride Church. Worth a wee dander. 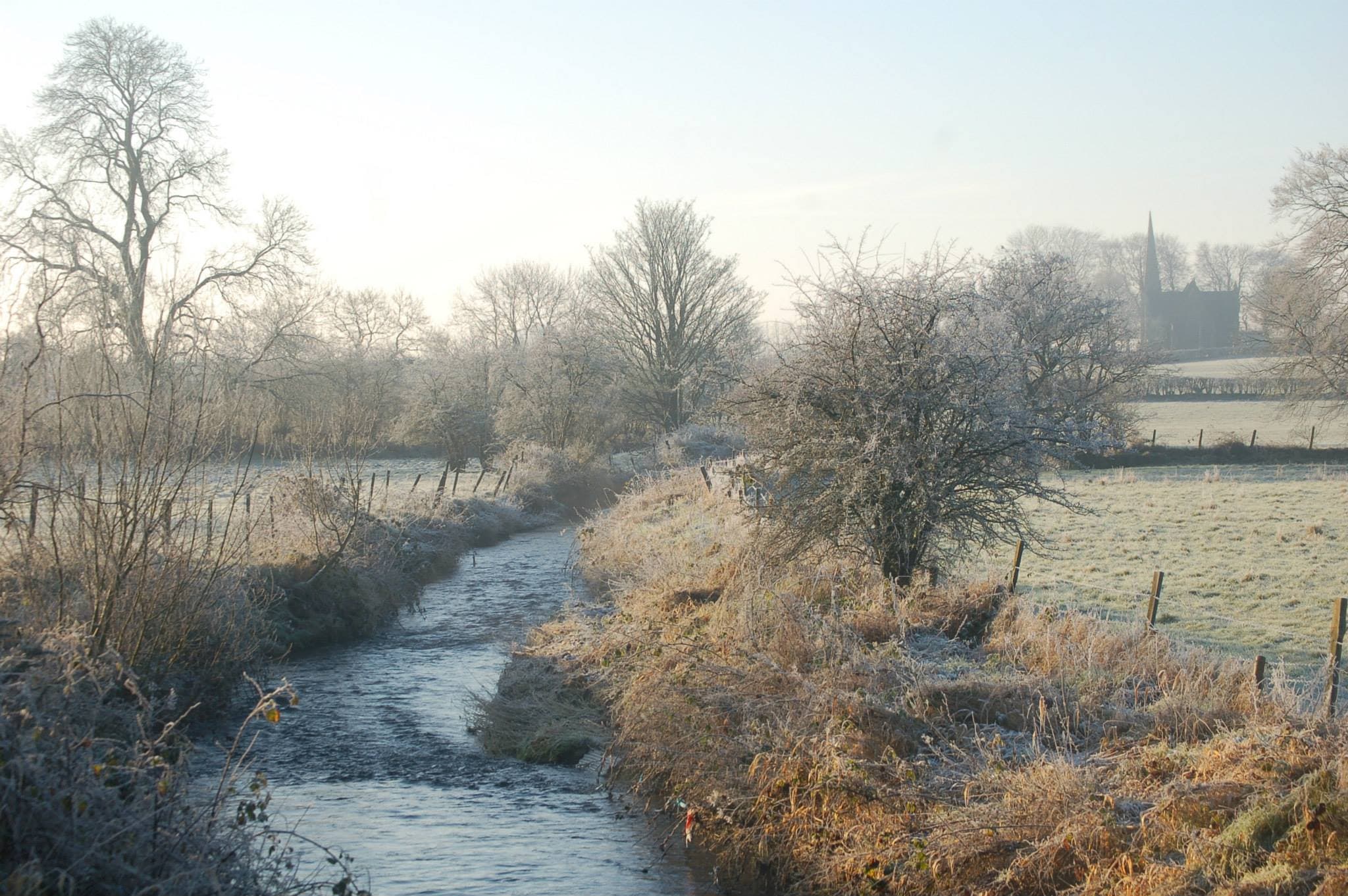 Tagged with: Ballyclare History Ballyclare writers Florence Mary McDowell Other Days Around Me Roses and Rainbows